Estonian is the official language of Estonia. It is spoken by about 1.1 million people in the country itself and thousands of others abroad. Estonian is a Finno-Ugric language and is closely related to Finnish and distantly to Hungarian. It has been influenced by German, Russian, and Swedish and Latvian, though it is not related to them. 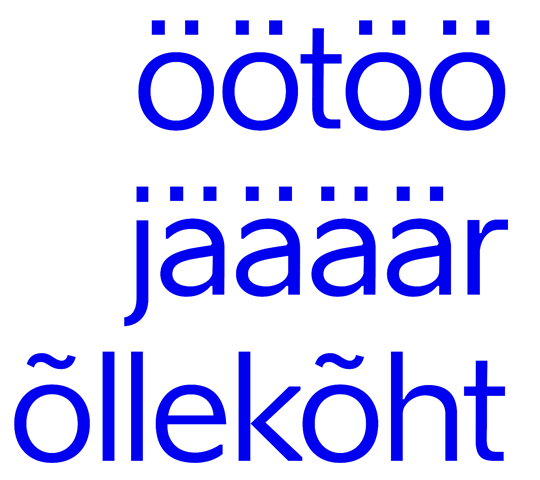 The Estonian language has 14 cases but the use of prepositions is relatively simple. Estonian belongs to the Finno-Ugric family of languages and is therefore probably easier for Finns to learn than it is for others. Before starting your Estonian studies, you should make sure that the teacher uses a type of teaching methods that you are able to follow. It would be advisable to listen to a sample lesson. Larger language learning centres offer several courses per year.

Estonians value their language and culture highly but generally do not expect foreigners to have any knowledge of it. Sometimes, it even seems that they take pride in the Estonian language being so difficult for foreigners to learn – as if this feature alone would make the language exceptional and mysteriously beautiful. Practice has proved that the quickest way for a foreigner to open up a reserved Estonian is to at least try to say something in Estonian: a simple "Tere" (Hello) or "Aitäh" (Thank you) will make any Estonian smile in surprise and delight.