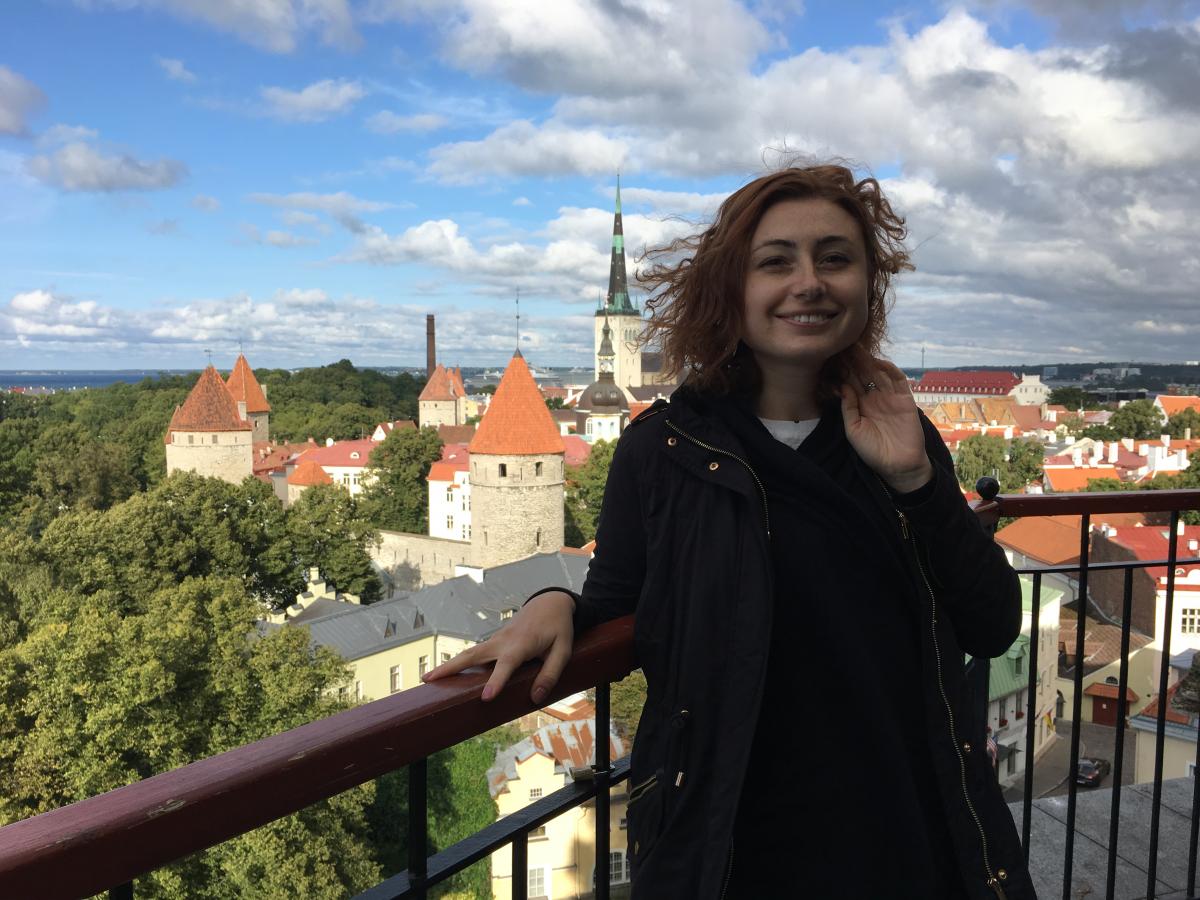 Olga Vovk, originally from Ukraine, has recently graduated from TalTech with a Master's degree in Healthcare Technology. Today, a co-founder of Recovery Companion, a successful healthcare startup company, she shares her student experience of living in Estonia and some professional thoughts on the country's digital transformation. This article is part of the Alumni Success Stories series, created in collaboration with the Estonian tech news platform Geenius.ee.

—  You came here two years ago. How did you discover Estonia?

— Before coming here to study a Master’s program, I have done some research on different destinations and basically arrived at two options: Germany or Estonia. Shortly after, I have met the representatives of Estonian universities at a study fair, which was taking place in Ukraine. Although at that point I was already leaning towards Estonia, thanks to a great number of English programs, meeting the locals brought more clarity to my decision.

—  How much did you know about Estonia before you came to study?

— I knew that Estonia is a digital country... and that was it! For me, however, was important to learn by which means Estonia has managed to transform into a digital powerhouse of Europe. We started at more or less the same level, yet in terms of development, Estonia has left Ukraine behind.

— So, you studied Healthcare Technology at TalTech, School of Information Technologies. What’s the current big thing in your professional field?

— The concept of digital health solutions. Estonia’s e-health system has already been advancing for quite some time, from e-Health records to innovations in recovery technologies. Our team, for example, works on the Recovery Companion project (ReCov OÜ). Essentially an application for cancer patients, Recovery Companion functions as a platform for connecting and supporting each other during the recovery process through peer-to-peer communication and a chatbot technology. If cancer patients receive help and support from those who have gone through the same journey, it makes a big difference in their recovery. So, we have established our own company, four people with different backgrounds: Ukraine, Estonia, Australia, and the US. We have already received a lot of support (including finances, mentoring,  networking, office space, etc.) from different organizations, such as TalTech, MEKTORY, Technopol. We won the LAPhack hackathon, where our journey has begun; STARTERtallinn; EIT Digital Accelerator, where we received the final award; finally, our application has been selected to Prototron40, an ongoing project. 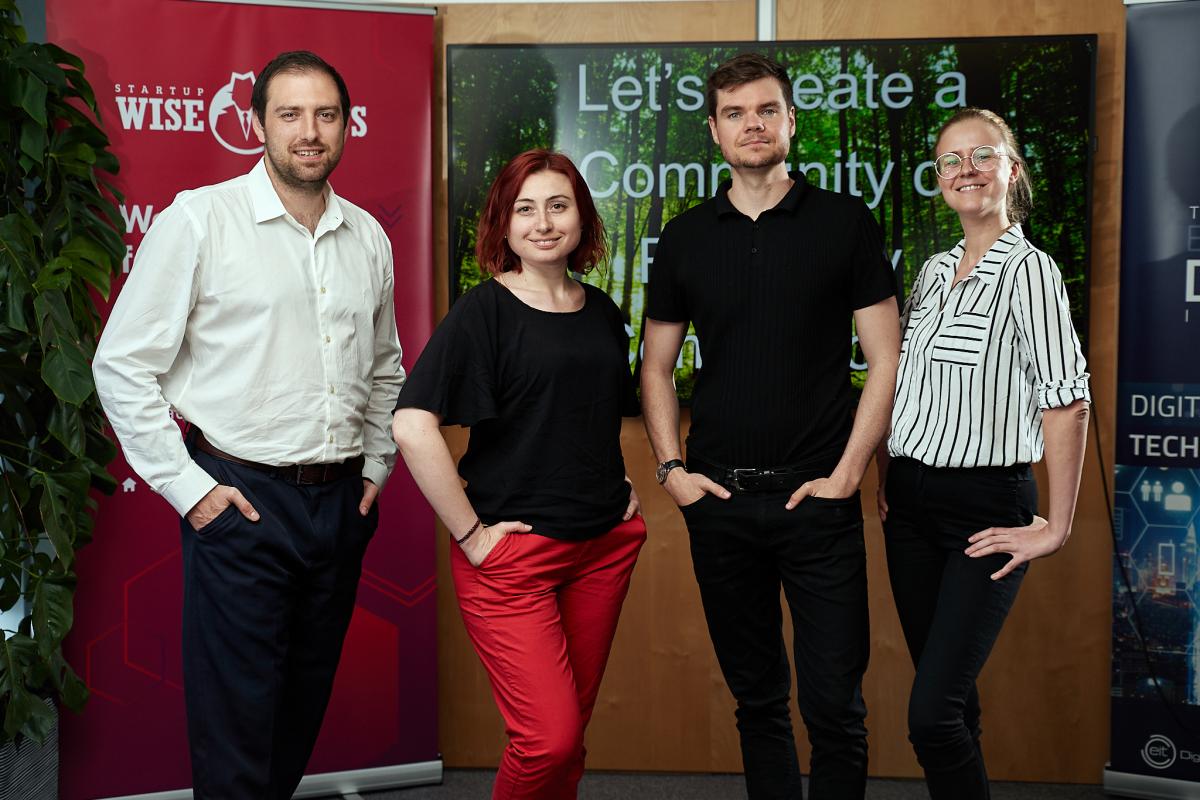 — You mentioned that even before coming here, you knew that Estonia is a digital country. Now that you are here, what do you think of our digitalness?

— Living here makes you think that’s the way things work everywhere in the world, until they don’t. Once you travel to another country, like Ukraine or Germany in my case, you remember that Estonia’s digital transformation is the exception rather than the rule. For example, the ID card: an awesome tool that helps you register your company in 15 minutes or get a doctor’s appointment and receive a medical prescription in even less. It soon becomes your daily reality.

— Was there a bit of a culture shock when you first came to Estonia? Or was it similar to Ukraine?

— Not really, it’s quite similar to Ukraine. However, it's much darker here during the cold season, you start feeling the lack of light already in November until mid-spring. On the other hand, I enjoy summer in Estonia, which is not as hot as in Ukraine.

— What would you say are the biggest differences in student life, if you compare it with your Bachelor’s degree in Ukraine?

— I have really enjoyed the student life in Estonia, considering all the opportunities to connect with other people, the internationals. Not only we studied here, but got a chance to get to know each other and participate in many awesome activities, such as pub crawls, for example (laughs). Academically speaking, it is great that the Estonian education system allows you to choose the courses you are specifically interested in. In other words, you have a mandatory program, which you can supplement with some optional courses according to the field of your interest. In Ukraine, there’s only a compulsory program that leaves no choice for the optional topics, although it might have already changed by now. Here, it has been more flexible, I appreciate this teaching approach. We had a chance to meet different lecturers from all over the world, not to mention how diverse my class has been. Estonian higher education has increasingly become very international, it welcomes and supports foreign students, such as myself.

— How much have you traveled in Estonia? Do you have any favorite places in Tallinn?

— I have been to the South of Estonia, Tartu, Pärnu, beautiful Rummu. In Tallinn, I would say, I have two favorite spots. First, it is the area near TalTech, which I am reminiscent of; second, it is Telliskivi. Of course I like the Old Town, but Telliskivi is a better place to hang out and relax, to grab a dinner with your friends. 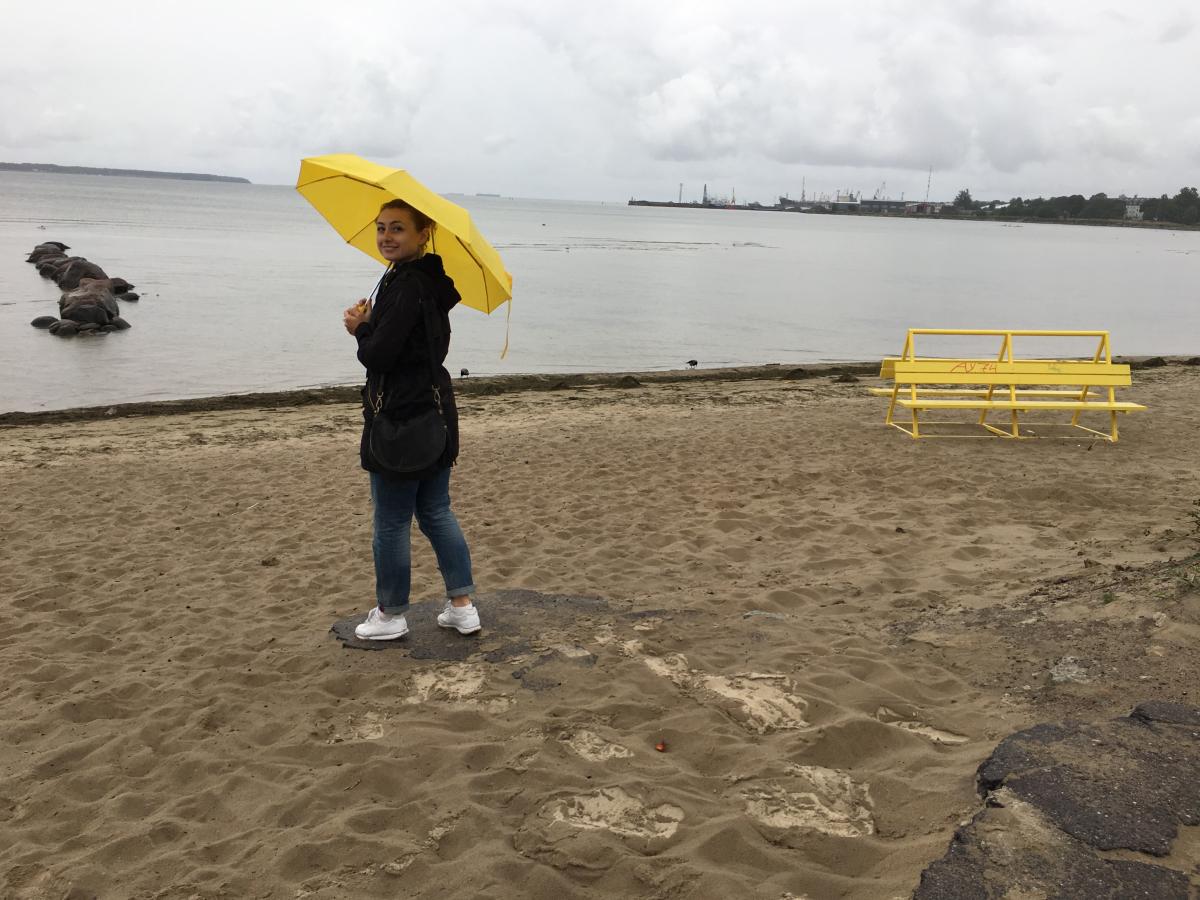 — What would you say was the best thing that happened to you in Estonia?

— You intend to stay in Estonia in the foreseeable future?

— Yes, at least for the next few years, that’s what I am planning to do.

— How do you feel you have been received in Estonia, since Estonians are known to be rather reserved on a personal level. Do you think that’s true?

— Well, I cannot say it’s not true. Although Estonian society has become very international, Estonians tend to be somewhat cold, and it usually takes some time for them to open up. However, I can understand it; for me, it’s not always easy to establish contact with a person for the first time. Give it a little time.

— What about the language though, have you learned any Estonian?

— I have tried, but it’s still very difficult. I am planning to take a course in the Estonian language, now that I have made a decision to stay here for longer. During my studies in Tallinn, I was not quite sure whether I will stay or move to another place; I have spent an exchange semester in Germany, that was one of the possibilities I considered. In the end, however, I was genuinely happy to be back to Estonia. I know it may come as a surprise to many people (it was actually a bit surprising to me as well), but I really feel much better and safe, living here. That's another selling point for Estonia. While in Munich, such a large city, I didn't feel entirely secure. In Tallinn, you can walk alone in the middle of the night and, I am quite sure, you will be fine. 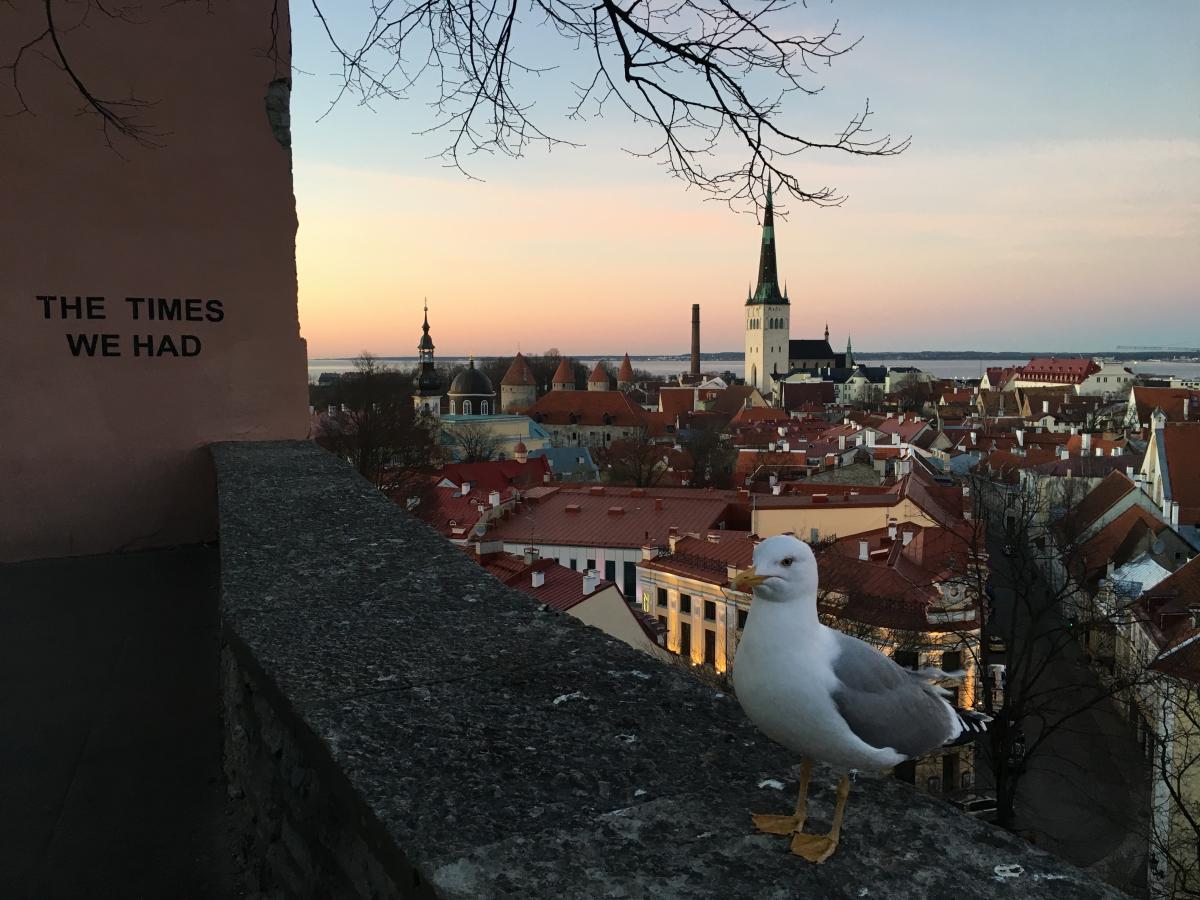 — I am quite sure, too! So, you have been away from Ukraine for a number of years now and you can be for even longer, what would you say you miss the most from home?

— I miss my family, my friends, the most important people in our lives. Recently, I have been able to visit Ukraine more often thanks to the launch of a cheap, direct flight from Tallinn to Kyiv, a really good deal for the Ukrainian students. I also miss the Ukrainian food!

— What do you think of Estonian food?

— I am an Estonian and I don’t eat kama!

— I know it’s a stereotype that all Estonians eat it for breakfast; I personally find it great.

— That’s good to hear. Our cuisine should be somewhat similar to that of Ukraine?

— So, after a few years? You have stayed here, worked for your company, successfully developed your application. For how long do you intend to stay here in Estonia?

— That’s an unknown territory so far.