Nicholas Vandrey: ‘When I go home, nobody knows where I live’ 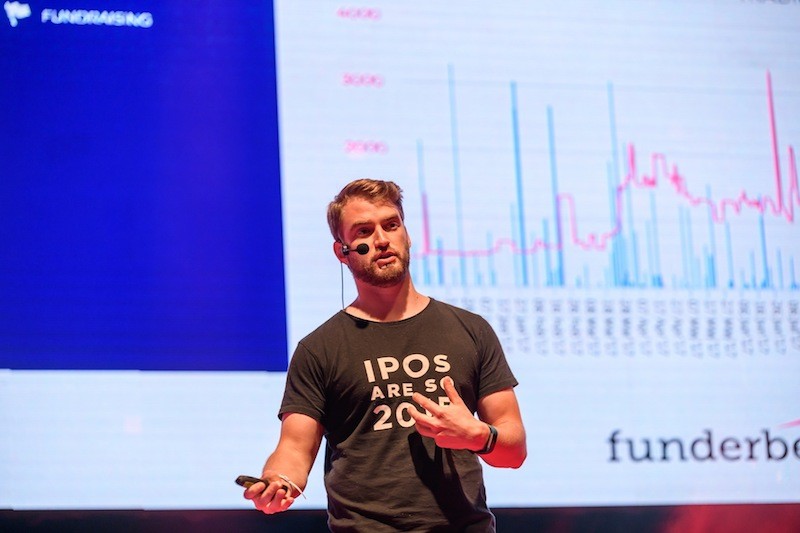 Nicholas Vandrey, originally from the US, has graduated from the University of Tartu with a Bachelor's degree in Business Administration. Today, he works as a Business Intelligence Team Lead at Veriff, a globally emerging startup offering cutting-edge online identity verification tools. In this interview, Nicholas shares his experience of studying and working in Estonia since he has first come here in 2011. So, what the rest of the world actually knows about Estonia? This article is part of the Alumni Success Stories series, created in collaboration with the Estonian tech news platform Geenius.ee. ​

— When did you come to Estonia?

— I moved to Estonia almost exactly eight years ago, in August 2011.

— How did the decision to study in Estonia come about?

— Coming from the US, I had actually spent about a third of my life living in Europe because of my father’s job in the oil field. I lived in Scotland for two and a half years and I lived in Norway for five years. So when I was graduating high school, I was looking for something a little bit different to do. Estonia came up and it seemed like an interesting opportunity, so I applied to the Business Administration program at the University of Tartu. I've met Estonians before and I actually knew a couple of students before I even came here.

— Since you have already lived in Europe, this probably wasn't that big of a cultural shock? You've been away from your home country for quite a while, but if you had to compare it to the US, what are the biggest differences in terms of culture or people?

— It was definitely a bit different. Since I had arrived in August, just a couple of months later the winter set in. It was starkly darker for me here than it was in Norway and Scotland, or at least that's how I remembered. But it wasn't too difficult of an adjustment. At first, the language is always one of the first factors you realize. Another difference, unsurprisingly, is just how open people are, emotionally and socially. When you meet Estonians at first, they can have the stereotype of being a little stoic. Americans, particularly in the southern part of the US where I'm from, are very open while talking to strangers, just in the middle of the street. So, that's one of the biggest differences. Once you actually get to know people at an individual level, however, there's not too much to distinguish there. In the eight years I've been here, I've had very, very few negative experiences of being a foreigner.

— What field did you study?

— I was in Business Administration and Economics. It was quite a broad program that covered a lot of aspects of business, finance, banking, economics, and marketing at a quite high level.

— You mentioned the language was quite an issue when you first came. How is it now?

— I studied it for three semesters when I was in university and try to use it as much as I can. I think it has really made social interactions quite a bit easier, knowing very fundamental Estonian to start with and working away from there. Of course, it's got to be quite a simple conversation; if it gets too technical or too specific, the vocabulary starts to drop off. But I would say it took quite a bit of effort at first to understand the grammar and even make the appropriate sounds, because there are a lot of letters that we don't really use in English, so you need to get over those hurdles and start interacting. It's actually been easier to do simple things, like getting directions or renewing a residence permit or any of these interactions, knowing basic Estonian.

— Speaking of your residence permit, many consider Estonia a digitally advanced country. Do you think that's true?

— I would agree with that. There's definitely a lot of interaction with technology that you don't usually see elsewhere. Estonian children are exposed to the concepts of computer science and computer programing quite early on. The digital infrastructure of the country is very impressive; I can do everything online very easily. With the financial services being all digital, for instance, I can file my taxes in a couple minutes, which would take me almost all day in the US. So, it's fair to say that Estonians embrace technology more than Americans, at least.

— You've studied in Tartu and now live in Tallinn. Do you have any favorite places in there? How much have you traveled around the country?

— So, I've been working in Telliskivi, Kalamaja area for a couple of years now, those are quite enjoyable. I really like the Old Town, particularly in the winter; it is nice to stroll through there. It is definitely a more touristy than other areas, but it's nice. I also enjoy the Stroomi rand and Pelgurand areas next to the sea, quite nice places to visit as well. Before Tallinn, I spent five years living in Tartu and a significant amount of time in the southern part of Estonia: Põlva, Valga, Võrumaa. I spend a lot of time in the countryside as well.

— You’ve mentioned you work in Telliskivi. What do you do?

— I'm currently part of the business intelligence team at Veriff. It is an internal team responsible for helping the company understand its own performance and opportunities for improvements; coming up with metrics; transforming the company into a data driven decision making company; getting the overall perception of the company, how are we doing. Veriff itself is an identity verification and fraud prevention solution for anybody who needs to verify their clients. I’ve been there for about half a year now. Before Veriff was established in 2015, I was at a different startup called Funderbeam. 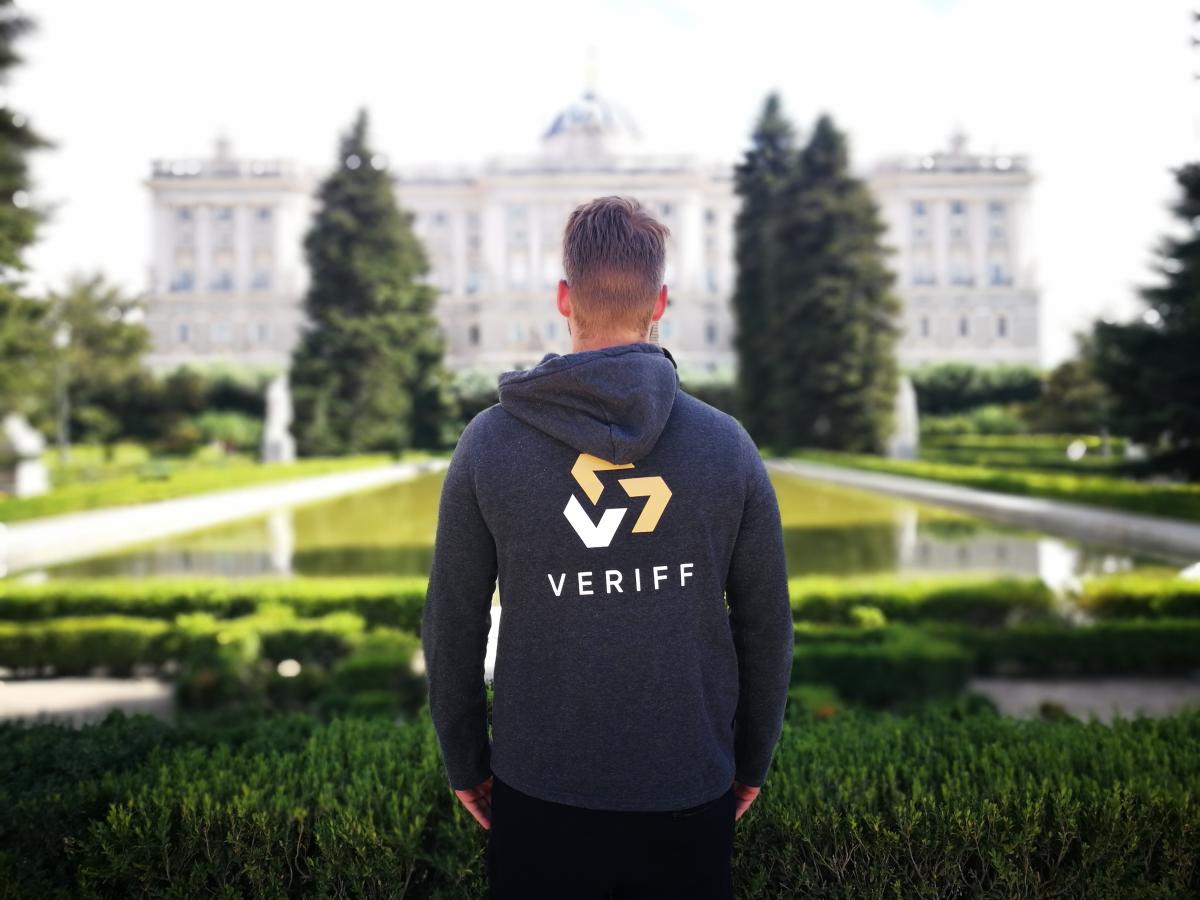 — Do you feel like it's been easy for you to find a job in Estonia?

— I think there are definitely a lot of opportunities for people coming into the country, because it is so startup savvy. Estonian startups, in turn, are quite eager for people of all across the spectrum: you need technical people; you need business people; you need marketing people. So I've been primarily working within the startup scene. Whether or not it's easy, it's definitely feasible and definitely possible to find a job here.

— When you compare Estonia to the US, there's a huge difference in the average wage. Do you feel like it's more expensive or cheaper to live in Estonia compared to the US?

— A couple of years ago, I would have said cheaper without hesitating. Now, the cost of living in Estonia has started to go up a little bit. If you are comparing wages to cost of living, however, there's no stark difference in the difficulty of living in either place.

— What would you say of healthcare?

— That's really situation dependent. I guess if you're unlucky in the US, then healthcare can be one of your biggest costs, if you are not appropriately covered, unfortunately. So, on the Estonian side, the fact that healthcare is so accessible here is definitely a plus.

— You have now lived in Estonia for eight years; you are a resident. What do you think the future holds for you? Do you intend to stay here indefinitely?

— I've been here for a long time, and it's a country that I've really come to feel comfortable in, but I haven't really set my plans so strictly according to that. I've currently got a very great opportunity here, doing a very interesting job at such a great company…  If I were to leave Estonia, it would have to be for quite a specific opportunity or quite a specific reason. I do miss things about the U.S. and I do enjoy going back to visit, but I don't feel this pull to move back without a specific reason to go there.

— What do you miss the most about the US?

— Family, of course, this is the big one. I also kind of miss the sports there, being a huge baseball fan. There's no baseball here, understandably, one of the things I miss the most.

— What about Estonian traditional foods?

— I guess that depends on what you mean by the national foods. Most people define it along the lines of a variation of potatoes, but you've also got the jelly meat, which I find quite fascinating. Traditional holiday dishes, like verivorst and things like that, took some acclimation. But I've actually come to enjoy them quite a bit. The one that I still don't particularly have a fondness for is beets, which are served with quite a lot of things here in Estonia, very common here.

— I don't even consider them a traditional food, not something you would usually mention; they’re just beets (laughs).

— In general, after having been here for eight years, I wasn't entirely sure what to expect when I moved here. My initial plan was definitely to come and study, move on and go somewhere else. But that's obviously not what ended up happening. And it's definitely not something I regret. I think making the move to Estonia has had a big impact on the direction my life is taking in quite a positive way. It's not that you hear a lot of people say they've had a lifelong aspiration to move to Estonia and there are many people that aren't even aware of it. For me, however, it's been quite a life changing experience and something that I think of quite positively.

— How aware of Estonia do feel like your family and peers are in the United States?

— My own family and peers are very aware of it; they’ve even come to visit a couple of times. The general awareness level, I would say, is a little bit different. You know, when I go back there and visit the doctor, they chitchat, “Where are you from?”, and I mention I live in Estonia. “That's somewhere in Maine, right?” No, not quite, it’s in Europe. Although occasionally you'll find references or mentions of Estonia in quite obscure places that surprise you, almost casually. They pop up in TV shows every now and then, a reference to Estonia or to Tallinn specifically, some Estonian word. There’s someone behind the scenes thinking about that, it’s quite nice.