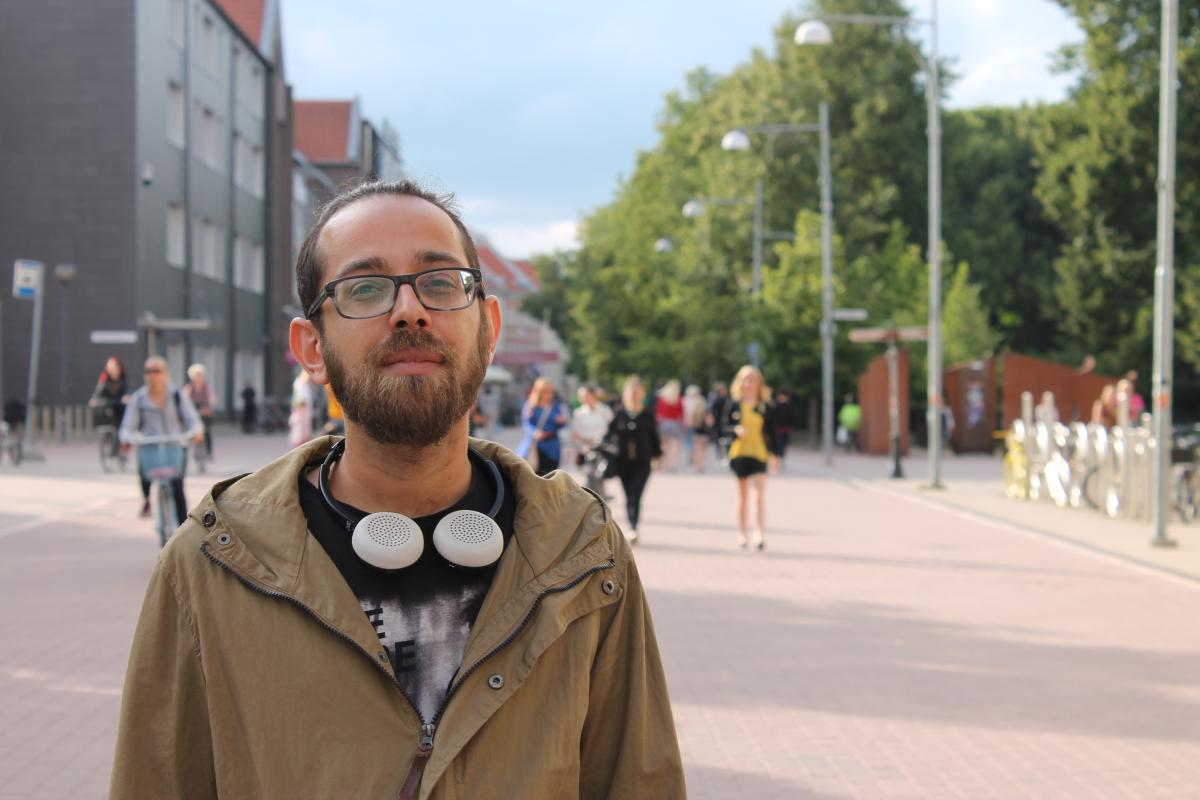 Milad Vnejad, originally from Iran, has graduated from the Estonian University of Life Sciences with a Master's degree in Landscape Architecture. At the moment, he works as an Architect Designer at Arhitektuuribüroo Sport OÜ​. In this interview, he shares his experience of studying and living in Estonia since he has first come here in 2015. This article is part of the Alumni Success Stories series, created in collaboration with the Estonian tech news platrform Geenius.ee.

— You came to Estonia to study Landscaping at Eesti Maaülikool (Estonian University of Life Sciences). How did you find out about this opportunity in Estonia?

— I have left my country when I was about 22 years old. I am a traveler, I love to meet different people from different countries. Having finished my Bachelor’s, I went back to my country, Iran, and worked there for two years, until I felt the urge for traveling again. One of my friends, whom I have met in Malaysia, has been studying here for already a year, so he told me about this opportunity. Studying and working at the same time, meeting new people, I felt this excitement and was ready to change my life again. So, I have applied and got an acceptance offer! My only concern was about finding a job here, since the job search in foreign countires does not always go easily.

— While in Malaysia, I still had no Bachelor’s degree. It tends to be quite complicated to land a job with no degree in your hand, mainly in the field of my interest. It's different for the customer service, for instance.

— How much did you know about Estonia before coming here?

— Couple of months before coming here, I did some research. I knew it’s cold here; harder than in other countries to connect with people. Sometimes people don’t what to express their emotions, they hide them not to show any weakness, perhaps. Estonians share it easily, if you know each other well, if they trust you. Otherwise, they don't share much. I found it interesting.

— What field you came here to study in? What’s the current big thing in your field?

— Landscape Architecture; more specifically, water connection and infrastructure design through the landscape architecture, there's already a research existing in this area. While the principal focus of architecture lies in solutions to connect the inside of the bulding with the outside, which I am currently specializing in, connecting the elements of nature, such as water, with the arhitectural planning is equally important. Today, we are moving buildings and infrastructure to the bottom of the oceans, possibly creating a new habitat underwater. There are some projects in Dubai that I have heard of, so that’s gaining momentum. Landscape architecture believes that architecture destroys the nature. In architecture, meanwhile, we are trying to find a solution to that.

— Where do you work at the moment?

— Through some networking effort, I have found a position of an architect designer at Arhitektuuribüroo Sport OÜ. I have already successfully designed a number of residential buldings, some watch towers, and a few visualization projects based on the filed of my interest.

— Was there a language barrier with English?

— It’s still there. However, to be honest, it's not that big of an issue. Everyone in the younger generation speaks perfect English, the communication doesn't bring any troubles. However, if you have a long-term plan to live and work here, you eventually have to start learning Estonian, which I am doing at the moment. I can already make an order, understand some general topics, but it requires a regular learning effort to become more advanced. 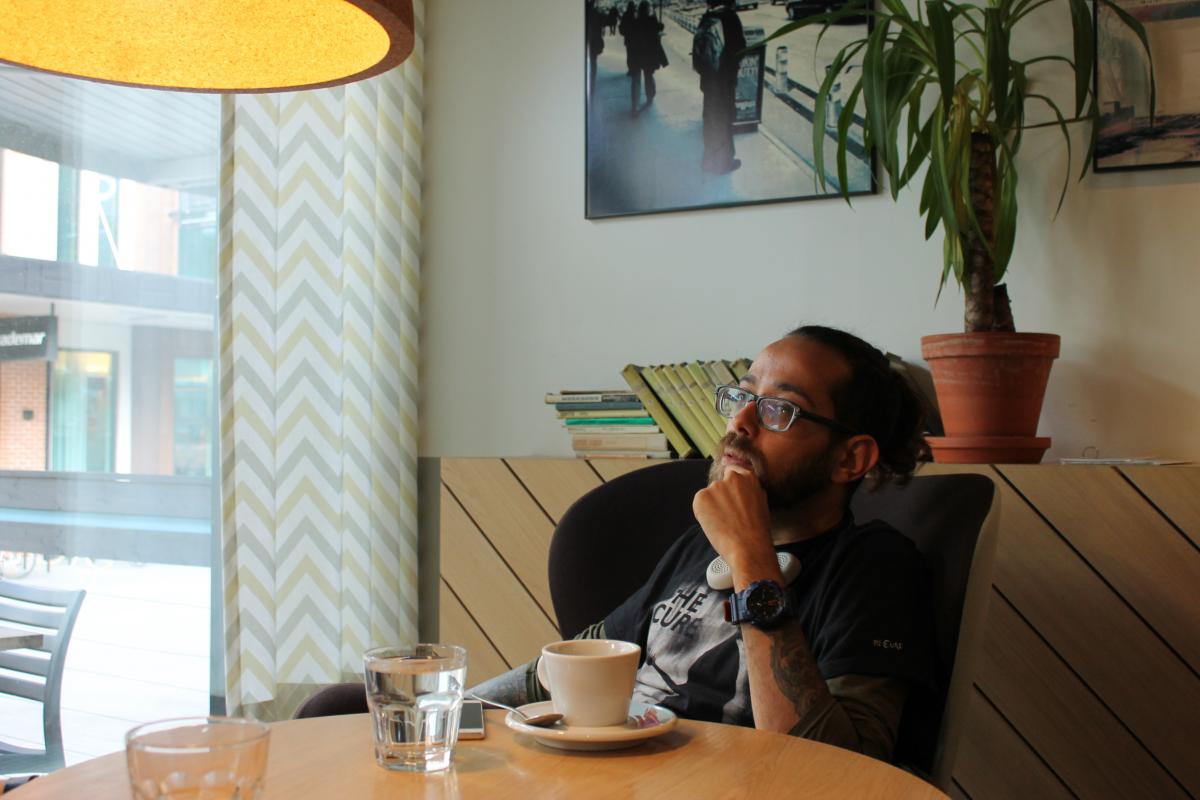 — It’s hard for me to find two nations that are more different than Iranians and Estonians. Was there a cultural shock at first?

— To be honest, I have been living outside of Iran for more than 13 years, so I have already been well-adapted. I have some Iranian friends living here, they have not experienced any cultural shock either, maybe just a few of them.

— What were they shocked about?

— Too much freedom for them.

— What do you think would be the biggest difference, as compared to living at home?

— In Iran, people tend to be extremely extraverted, emotional, although not as positive as Estonians. Iran is a huge country, populated by more than 100 million people, so imagine: from the moment you step into the street at eight in the morning, you become part of a crowd. People are moving, fighting, yelling, honking and so on. Here, if you don’t set an alarm, you might sleep until one in the afternoon. It’s so quiet in Tartu! I live in Karlova, sort of a hipster area of Tartu, and every night I see how the lights shut down everywhere, and I am the only one awake. It’s makes a big difference, too much silence versus too much crowd.

— How much do you travel around Estonia?

— Each week, a group of us goes camping outside of Tartu, mostly in the summer. Outside of Estonia, I get to travel once in three-four months.

—  What do you think of Estonia in terms of e-governance and technological advancements?

— Oh, this is something really, really advanced compared with the other countries I have been to. Normally, you go to an office, where you would be sent from room to room; paperwork takes too much time; in the end, you spend two or three days just to get one paper signed. In terms of e-services, Estonia makes everything easier. If there’s a problem, I send an email and receive a prompt reply. It’s the best place for e-services, I love it so much!

— Do you have some special memory about your life here?

— I remember the times we were studying here: I was in my first year, without a job, partying all the time, exploring different cultures, meeting different people... I had an Italian and a French friend, we had so much fun! Once you find a job, your life changes, in a positive way. Every day you create something new, design great things.

— Your future plan is to stay living and working here, indefinitely?

— No one knows the future will bring, sometimes you cannot even predict your tomorrow. Yet so far, that has been my plan. 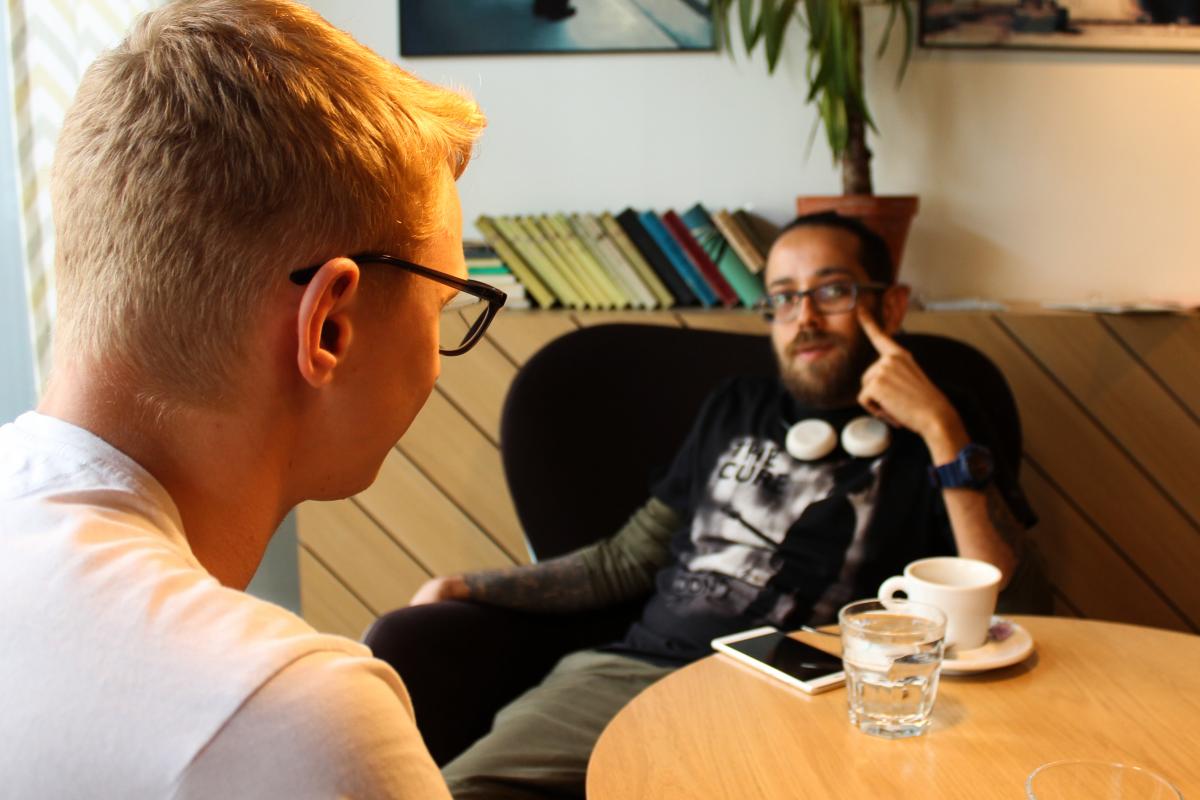 — How much do you feel you belong to the community? Do you read Estonian news?

— That’s the funny part! I was asking some of my friends, couple of days ago, am I Estonian enough right now? Not in terms of the natonality, just what they think about it. Most of them said: you are Estonian, you just can’t speak the language! So that’s the only point of difference. I don’t feel like a foreigner within this community.

— That’s a rather direct question. On most occasions, 80% of the time, yes.

— The other 20%... Every country in the world would have about 80% of open-minded people and 20% of those with different values. Up until now, I feel like I have been accepted. Some people might become emotional, even rude sometimes, but I respect that. If I was from a country that has experienced so much historical conflict, it would have been hard for me to trust foreigners. I understand that a small share of people might be somewhat wary of foreigners, yet my overall personal experience in Estonia has been totally positive.