Masters in Teaching Russian as a Foreign Language: A first-year student's experience

South, North, or East, Estonia is inescapable if education and creativity are to be celebrated. 'Teaching Russian as a Foreign Language' is a newly developed two-year program that has taken a thrilling step forward by inviting international students to Narva College of the University of Tartu to study Masters in Russian. Rather than lingering in Tartu or Tallinn, this post will take us to Narva, Estonia's easternmost city, for something a little bit colossally regional. While exploring Narva College and using Narva as our classroom, we will continue our lesson about the reasons to choose Narva College as a study destination, the living environment, and educational experiences to help us understand the academic space and make some new friends while there—all of which will be provided by Yury, a newly admitted student to the program. 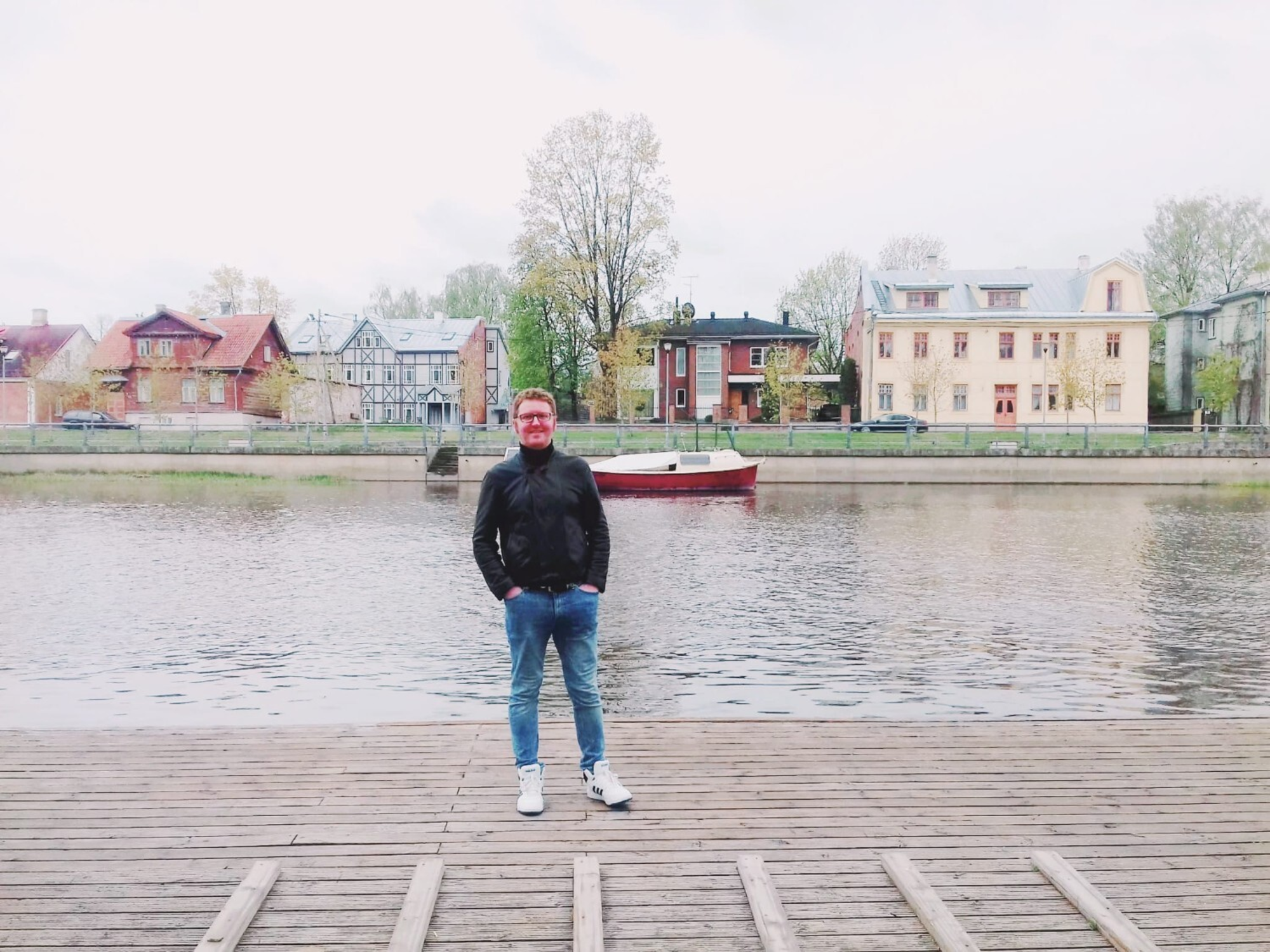 Yury completed his postgraduate studies in St. Petersburg but he has been connected with Tartu University and its outstanding faculty for more than five years. He originally came to the country on a research tour to assist with a European project. In light of his interest in pedagogical sciences and previous work experience, as well as his family's proclivity towards the teaching profession, Yury did not want to miss out on the break to become a full member of this university community. The hands of time and serendipity worked together to help him achieve his goal at the appropriate moment, and he was eventually accepted into this program.

A well-known feature of Narva is that it has the highest concentration of Russian speakers in the European Union. That is the epitome of opportunism! Yury adds, "As an inviting city with a native Russian population of over 97 percent, this newly established MA program provides an excellent chance to develop a fresh understanding of Russian literature and grammar while also becoming connected with Estonian cultural treasures through the use of the Russian language. As an added benefit, this program offers students the option to improve their Estonian language skills while also pursuing other courses that are interesting and relevant to literary studies". Given that Narva appears to be a straightforward gateway to free Europe, connecting the entire world, it is Yury's belief that the program's reach can extend beyond its limit to any place where the Russian language is in high demand, such as USA. Having a master's degree from Tartu University, which is a world-renowned institution, he continued to say, is tremendously valuable in the professional world. 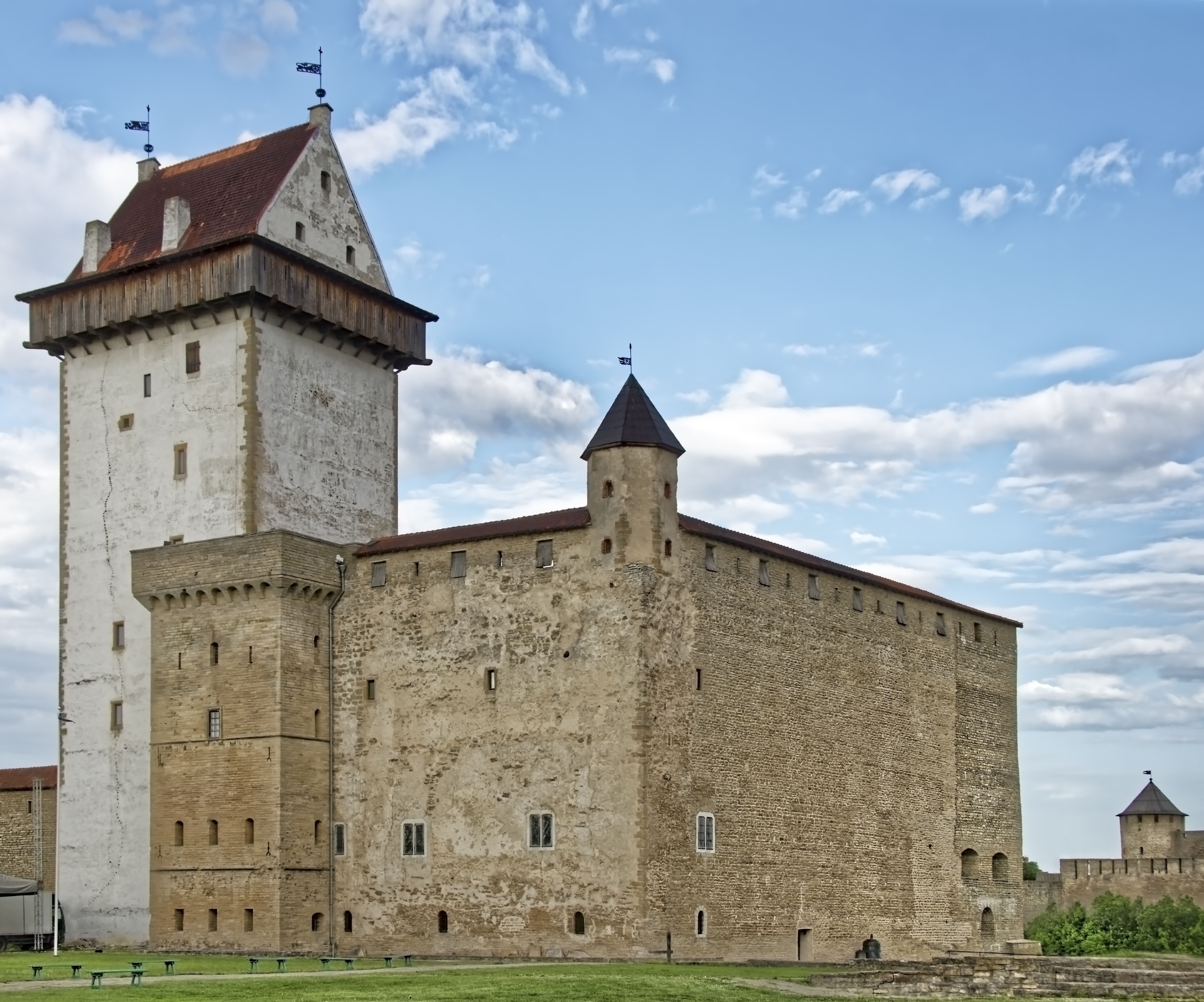 Although Yury lives in his own apartment, he is fond of the student dormitory (Paul Kerese 14), which is located 15 minutes from the Narva College. He goes on to say that, all modern conveniences are accessible there at a price that is affordable for students on a limited budget or scholarship. A major perk of living in Narva is that practically everything is within walking distance and transportation is almost free. When it comes to reading, Yury spends the most of his time in libraries where everything is digital and every book can be ordered online; this is one of the aspects of Estonia that he enjoys the most over everything else. Apart from Narva College's library, he curiously said that 'Narva Keskraamatukogu' is likewise brimming with resources. 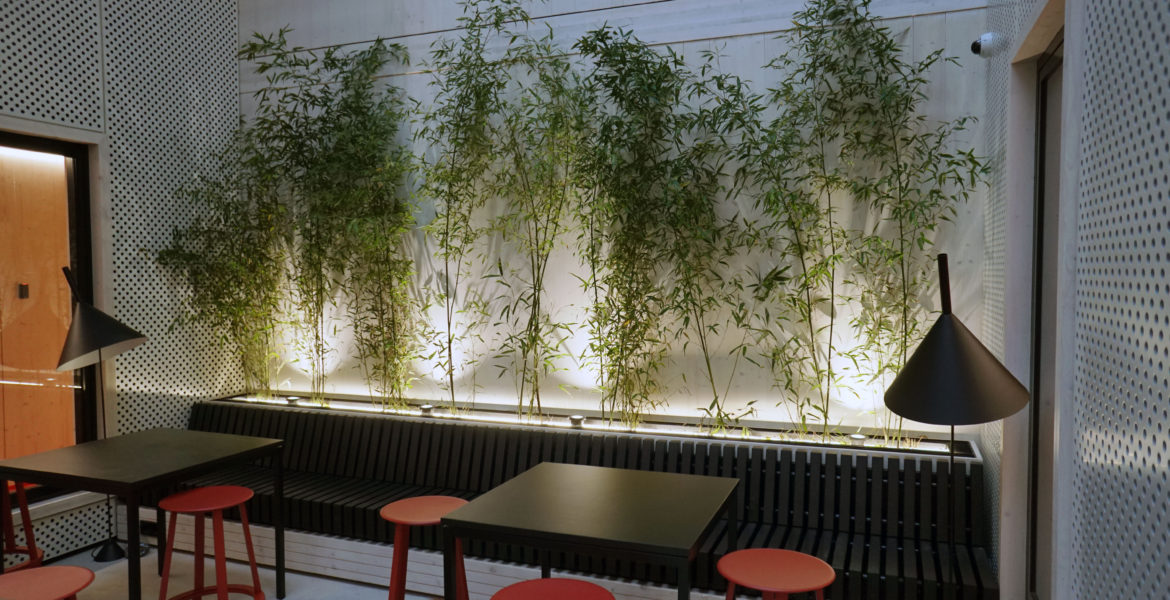 Narva is one of Estonia's important cities, a place where 'Babushka' and 'Vanaisa' mingled and has served as a generational crossroads. According to Yury, few places in the world have seen as much history as this sprawling metropolis on the Ida-Virumaa. Thus, Narva has a lot to offer, including wandering the 'Narva River Promenade', visiting the pious man's 'Pühtitsa Stavropegial Holy Dormition Monastery' and 'The Lord's Resurrection Cathedral', playing cheese with the 'Monument to Paul Keres', sampling art at the 'Narva Art Gallery', marveling at 'Narva Castle', and losing oneself in a sea of people in this enigmatic city. When there is not a compelling cause to wander around the river and its environs, 'Astri' and 'Fama' are convenient shopping destination. After all, when there are so many different types of outlets to explore, as well as pleasant tasting areas with friendly people, who needs an excuse to sit back! Drinking beer like an Estonian or vodka like a Russian or simply relaxing with a movie - everything is possible in Narva! 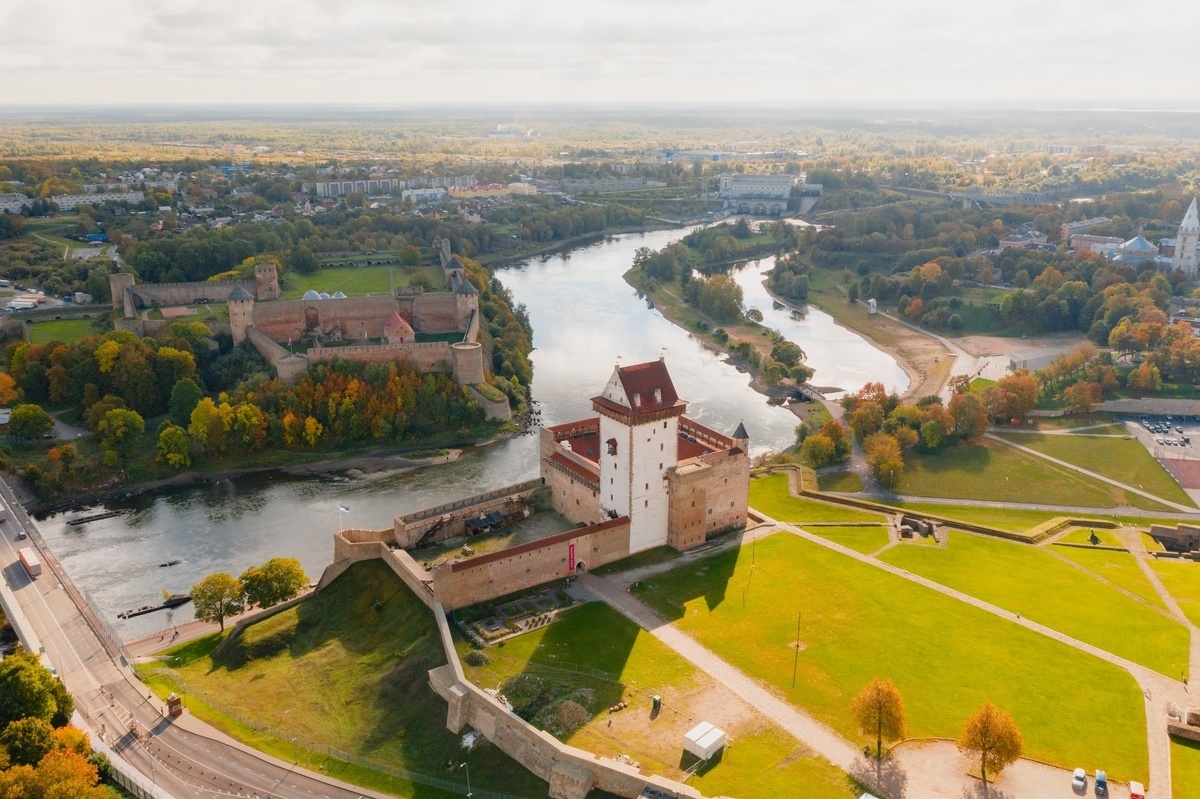 Celebrating Narva's lifestyle is not unfamiliar to Yury. Narva is nearly teeming with homely wonders. He enjoys everything about this place because it is so similar to his home. Food and scents, as well as commodities and commons, are all readily available, with the vast majority of them being comparable to those found at home; in fact, Estonia has been his new home since his arrival here. His total absence of homesickness stems from this, plus St. Petersburg, which is wagging out of closeness, is only a two-hour drive from where he is currently located. Yury has also travelled to more than twenty countries, but the sense of proximity he had in Estonia was unlike anything he had experienced anywhere else. This was also a major factor in his decision to settle in Estonia.

Yury has a passion for language acquisition, which has resulted in his acquiring proficiency in both French and Estonian. His current French level is C1, while his Estonian level is B1, which he achieved in less than six months and is continuing to improve. As he mentioned, his desire to learn a language grew out of his own motivation. He emphasized his excitement about participating in the Erasmus program in France, particularly in language studies, as well as about representing Estonia in the program. Given that Narva College of Tartu University offers exchange opportunities not just with France, but also with other countries like Italy, Poland, and so on, he noted that for a language enthusiast like himself, this would be an exceptionally appealing alternative to consider. 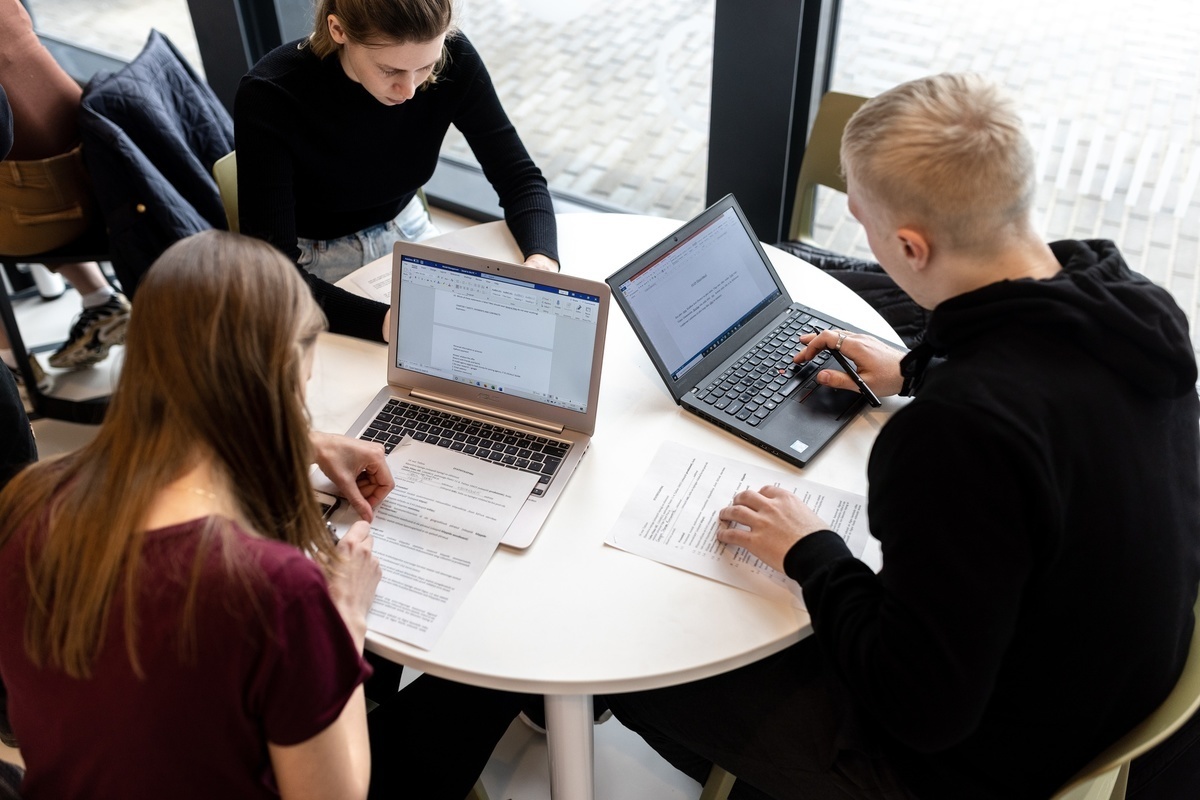 Everyone has their ups and downs in terms of distinct life exploration and career options, but Yury is particularly committed to immersing himself in the teaching profession and advancing his academic career through research. Also on his wish list is the establishment of a cultural center in Narva, where he hopes to collaborate with all students and teachers who are interested in European education and language. Life follows its own path, knowledge follows its own master; this fits perfectly with Estonia's intelligence, hope, ambition, and future prospects. It is his belief that Estonia is a safe and free country that may be able to offer him with the resources he requires in order to realize his ambition. And this program is just like that, which he refers to as "career-pedestrian".

Could Estonia be your study destination?

Read what makes Estonia a unique country as a study destination!

Or choose your preferred programme among Bachelor, Master, Doctoral programmes and short courses.