Krishna Vaishnav: 'Coming to Estonia was a life-changing experience' 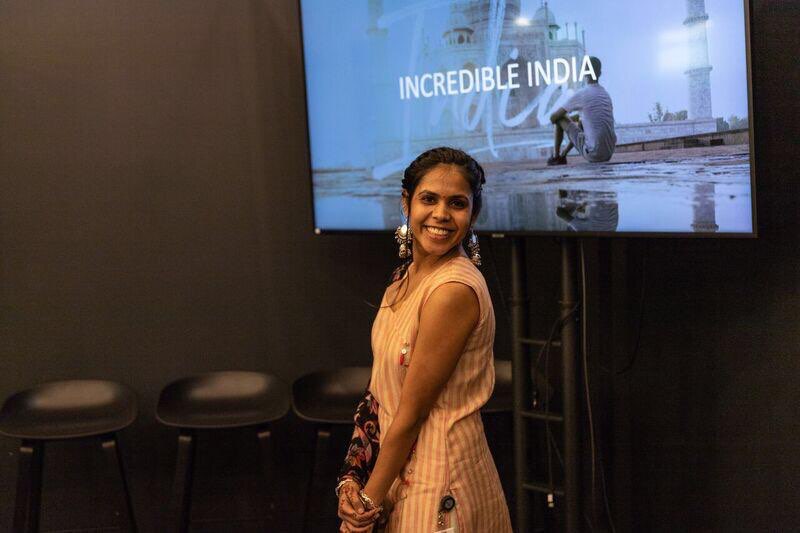 Krishna Vaishnav, originally from India, has graduated from TalTech with a Master's degree in Cyber Security in 2019. Today, she works in Tallinn as a Verification Specialist at Veriff, Estonia's new, fast-growing startup that's currently taking over the global business scene. What's it like, to move to a country you have never heard of? This article is part of the Alumni Success Stories series, created in collaboration with the Estonian tech news platform Geenius.ee. ​

ー You came to Estonia two years ago. How did you find out about Estonia in the first place?

ー In the very beginning, I didn’t have any idea about the very existence of Estonia. I was primarily curious about the course I wanted to take, Cyber Security. When I googled it, QS university ranking platform has recommended some links related to the Master’s program in Cyber Security at TalTech in Estonia. That’s how I found out about the country.

ー How much did you know about Estonia before coming here?

ー I have never heard of Estonia, same as my parents when I told them I was moving to another country. All I knew about Estonia was from my Internet research, such as the local air temperature, etc. I come from India, so one of the main considerations for me as a woman was security. As it turned out, Estonia can be regarded as one of the safest countries in the world.

ー Was at a bit of a culture shock when you first came here?

ー Not so much. Since my brother lives in the US, he told me everything I have to know while moving to another country. However, there were certain difficulties in cultural understanding, when people had no idea where I came from. On top of that, I am a vegetarian, so perhaps that was a slight culture shock.

ー How would you describe the differences between the student life in Estonia and India?

ー When I was studying for a Bachelor's in India, I felt a lot of pressure from my family and the teachers. In Estonia, it’s totally different. There’s also pressure, but it’s not all about studying: there are so many activities to explore! In the very beginning, our university gave us a bunch of vouchers, where I got many tips on what to do in Tallinn. Academically, the studies are not limited to pure theory, but include many practical aspects that one would need in a real-life workplace. At the same time, you can ask any number of stupid questions, the professors are very cooperative. At the end of the semester, we even give feedback to the professors, which does make a difference in case of any issues. In India, there are more hierarchical boundaries between students and their professors as a cultural matter of respect. When it comes to the student life differences in Estonia and India, the biggest thing is whether the teaching staff gives the students what they really need, if they’re open to suggestions and a dialogue.

ー What do you think about Estonian people?

ー There are so many differences between Estonians and Indians! We are talkative, very social, up to the extent when strangers may greet you in the street. Here, people are more into themselves, they don’t communicate much, until you become friends. For me, it’s not such a big deal, but sometimes I feel homesick and feel like talking and opening up to people. That has been a bit difficult.

ー Estonians are thought to be reserved and afraid of outsiders. Do you think that’s true? Do you feel accepted here?

ー I work in an international company alongside nearly thirty nationalities and I feel like people accept me for who I am. My Estonian friends are always interested in where I come from, how I live as a vegetarian, they constantly ask lots of questions about my culture.

ー You’ve lived in Tallinn for two years now. Do you have any favorite places there?

ー There’s a lake near Mustamäe where I go whenever I feel alone, or a small place near Pirita beach. Outside of Tallinn, I went diving in Rummu and visited Saaremaa. Estonian wild nature is really beautiful, especially in the winter time. Which reminds me of Estonia’s long summer days as well: in the beginning, the never-ending daylight confused me so much that I used to have an alarm to eat at the right time.

ー You mentioned working for an international company. What do you do?

ー I work as a Verification Specialist at Veriff, quite a new startup that’s already growing very fast. Imagine you need to use Transferwise, register yourself as a user and verify your identity. That’s where we step in, verifying individuals by their documents. I found this opportunity in one of the main English-language job portals, Work in Estonia.

ー Estonia is also considered as a digitally advanced country. What do you think about that?

ー It’s awesome! In India, you have to wait two or three months to get whatever you need from the government authorities. In Croatia, where I did my Erasmus exchange for half a year, it also takes time to register and get the paperwork done, although less than in India. Here, everything is so much easier. When you live in Estonia for so long and then go to another country, you realize the value of digital society, where everything can be done online. Also, the public transport in Tallinn is free!

ー Have you had a chance to try any of Estonia’s traditional dishes as a vegetarian?

ー Not yet, because everyone says Estonia doesn’t have any traditional food that would be vegetarian, except for mashed potatoes.

ー You graduated a few months ago, now working at Veriff. What’s next?

ー I am not sure. At the moment, I am just here, I love this country so much. I got my residence permit extended to five years, so I’ll stay here and figure it out. Coming from an IT background, professionally I must say Estonia’s IT sector proved to be amazing: there are so many opportunities, you can grow anywhere, most IT companies work in English. Of course, I often miss home, Indian food, festivals, and our country’s diversity. But coming to Estonia has been a life-changing experience for me.

ー Have you tried to learn the Estonian language?

ー I took some basic Estonian classes at my university for one semester and now planning to continue. It is a difficult language, I cannot even pronounce all of your vowels, so it’s a good idea to keep learning and practicing. There are many options that allow you to enroll into a language course of your level and quite possibly receive a reimbursement from the government or the company you work for.