Now that spring has finally arrived, there's only one thing left to do — reminisce about the winter. Winter is my favorite season, but only if there is snow. Estonia was a choice of mine for exchange, because I was hoping for a wonderful snowy winter. Unfortunately, this year there was none. Instead of binging holiday movies, I signed up for yet another ESN trip. This time to Finland, where there was sure to be A LOT of snow.

The trip would start at the port of Tallinn, where a large ferry would take us north to Finland. That was just the beginning of the adventure. The road to Lapland would be long and tiring, especially in a coach bus. Our first stop was Santa Claus village — and yes we met the real Santa. Ok, I'm not fully sure about that... but when we met the jolly guy, he greeted each one of us in our respective languages. Who else would know all those languages? Apart from the namesake of the village :) There was much more to discover. Reindeer and huskies were seen pulling happy villagers across the snowy backdrop. This was the perfect place to see the sunrise. As it happened at around 10:30am in the north, we had a very small window of light. The only way to end the first day was with a delicious dinner in the warm hotel and sledding at night. I recommend bringing snow pants, as I only thought of bringing jeans and leggings and you can bet my legs were freezing. We went to a big hill not far from the hotels and started racing. Not everyone made it down the hill along with their sled…. but we all made it back in one piece. 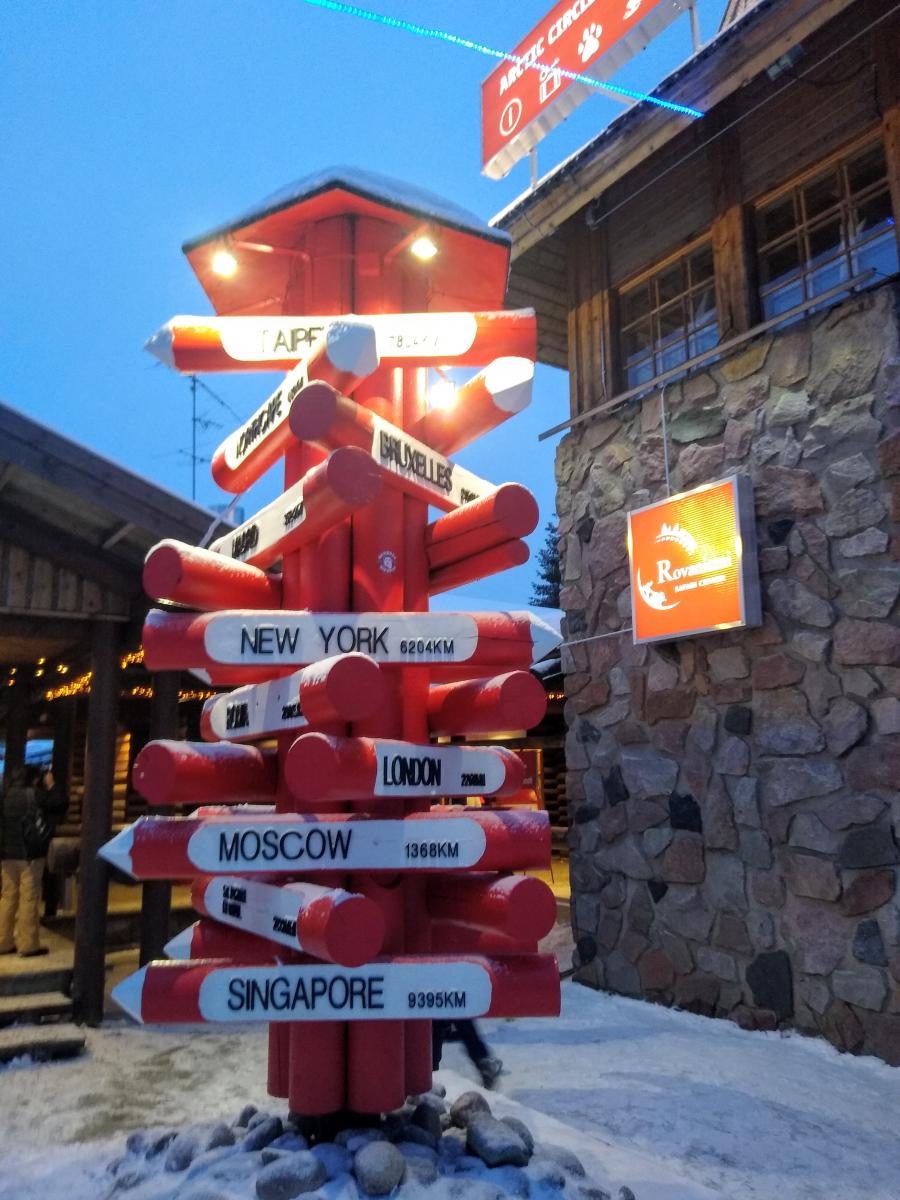 The second day of the trip was my absolute favorite. We got to meet these loveable puppies, who were more than excited to meet as. Thanks to their fur, they are able to survive the very low temperatures occurring in the North of Finland. They are very fit dogs, definitely living a much more active lifestyle than I do. The owners said they run with the dogs every day (the owners of course on the sled) to keep them happy. More experienced dogs even run more than 20 km a day. My heart burst as all these dogs started saying hi to us. Of course I had to take thousands of pictures, the perfect snapshot for a new profile picture. Then, we got the chance to go on a husky sleigh ride. I got to be the "driver", but I'm pretty sure the dogs were more in control of the sled than I was. Fortunately, those were not the only adorable animals we were going to see that day. Leaving the Ruka husky farm was hard, but I knew reindeer were waiting for us. That's right, we were going on a reindeer sleigh ride. After taking more pictures with the reindeer, we got hot soup and BBQ sausages by a warm fire. The day ended with more sledding: this time we attempted going downhill while standing on the sleds; surprisingly, one guy actually managed to do it very nicely. I just fell into the snow halfway down the hill. 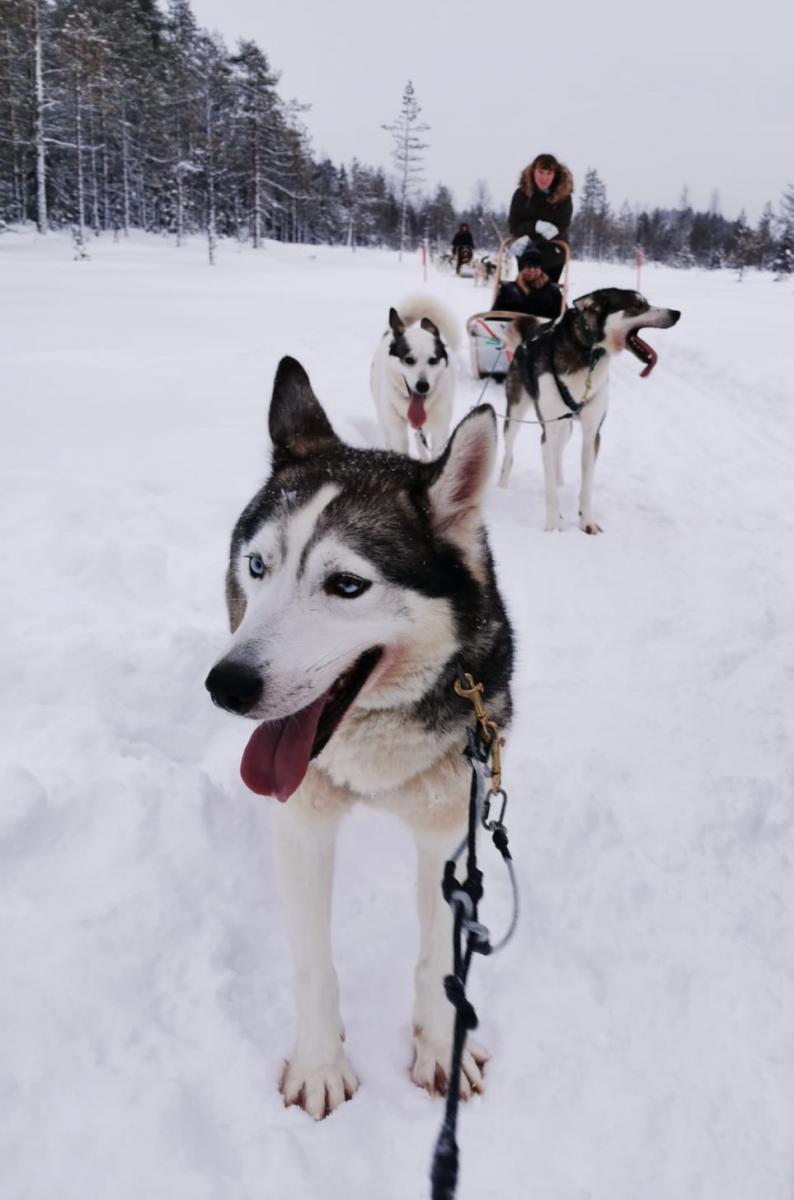 On the last day, we took a hike through Oulanka National Park. And let me tell you — it was magical. I missed snow "snow much" ;)  Everything around you was white, the water frozen, and if you were faster than the group, the only sound was the crunch of snow beneath your boots. Winter had come. It wasn't an easy hike, but you don't even pay attention to that as you gaze at the snowflake covered trees and think whether it's worth freezing to make a snow angel. What's the best way to combat the cold in Finland? I have one word for you: sauna! Not far from the park was a lake, so naturally we went swimming. Or, maybe not swimming, but dipping. First we sat in the sauna to heat up and then ran, feet freezing, to the small area separated from the rest of the lake for a dip. As my toe hit the cold water, I felt a chill go up my spine. It's not pain or even cold; it's an exhilarating feeling — it's even got its health benefits in moderate amounts. Some stayed for longer than a few seconds, but I was good with a dip and run. I would love to repeat that experience. 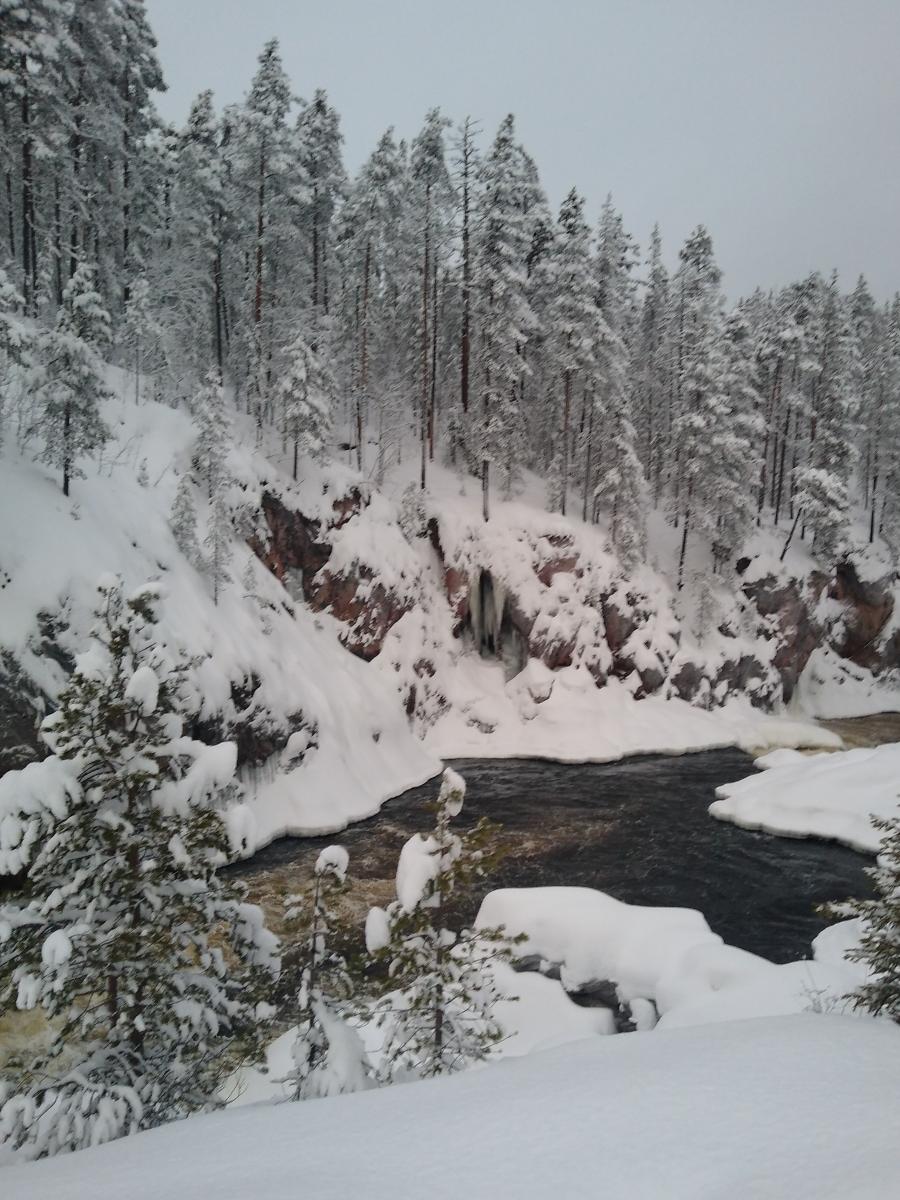 Now I sit in my dorm, almost two months later, left only with the memories. As we are all currently going through a stressful time, I recommend organizing all those wonderful memories captured on camera. I know everyone has those photos in folders somewhere on their laptop. Now's a good time to look through them and even make a photo book. Once travelling is allowed again and you find yourself around or even in Finland, be prepared for an ultimate winter wonderland.